search archive
Browse The Collections Up

RCSI Registers of Licentiates and Fellowships

RCSI Registers of Licentiates and Fellowships

Volumes relating to the medical students who received licenses, fellowships and/or honorary fellowships from RCSI. Ledger listing the names of candidates examined by RCSI during the period 1785-1803, comprising the earliest known record of students and examination candidates at RCSI. Handwritten entries are listed alphabetically by surname per page, and appear chronologically from earliest to latest examined within each alphabetical list. Full surnames are typically provided followed by an abbreviation of candidate's forename brackets. Register also includes, in columns corresponding to each named candidate: the category of examination undertaken, whether the candidate was passed or rejected, and the date of examination. Register lists various categories of examination for civilian and military positions, including: Letters Testimonial, Surgeon/Surgeoncy, Assistant Surgeon, Army Surgeon, Army Mate, and Navy Mate. 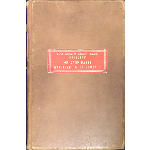 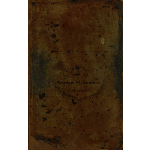 Two volumes containing details of individual RCSI Licentiates for the period 1828-1983. Details include the date on which a diploma or license was conferred, alongside the signature and address of each Licentiate (generally in the Licentiate's own hand). Comprises the most comprehensive known list of students undertaking examinations at RCSI for the award of the RCSI Licentiate, spanning a period of over 150 years.